Patient Story: Bridging the Gap Between Academia and Big Pharma 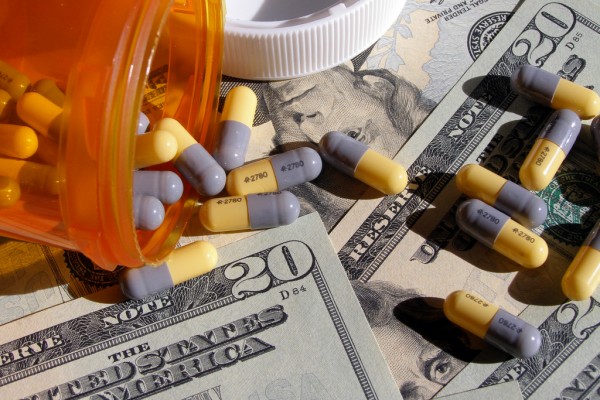 Taube-Koret Center Director Steven Finkbeiner believes that a large part of the problem is a structural disconnect between academia and the pharmaceutical industry. Academic laboratories specialize in basic research and discovery, while Big Pharma focuses on developing drugs. Unfortunately, academia’s expertise typically peters off at a point well before a discovery is sufficiently developed to interest a Big Pharma drug company.

Dr. Finkbeiner, however, believes that this situation provides new opportunities for academic scientists to contribute and that the TKC provides a great example of how to take advantage of this situation. The Center seeks to advance discoveries to a point where Big Pharma is happy to take over.

Academia is increasingly pursuing the discovery and development of therapeutics, potentially reducing the risk of drug candidates sufficiently to warrant industry investment and movement into clinical trials. Other big sources of risk, such as the cost and difficulty of clinical trials, could be addressed by academic research, but large consortia commensurate to the task may be required. The formation of philanthropy-driven nonprofit biotechnology incubators at universities may be a way to organize effective development of therapeutics within academia. So the environment seems primed for academic scientists to move into drug development. What hurdles remain? Dr. Finkbeiner sees a few. For example, the culture of research is quite different in academia and industry. Academic scientists are rewarded for years of diligent study and publication, but that investment of time might be much more than what is acceptable to industry, and industry generally needs for discoveries to be developed to the point at which patent protection can be gained. That might preclude publications that academic careers depend on. Dr. Finkbeiner suggests that, if universities are serious about supporting translational research, they need to develop new metrics that measure productivity and scholarship in that world. Academics also often lack expertise to know how to proceed with a good discovery. What features constitute a promising drug candidate? How are “hits” determined? What high-throughput assays are available for testing for candidates and how are they done? The NIH has made some efforts to make chemical libraries available to researchers, but much more needs to be done.

Finally, intellectual property issues can hinder collaboration. Although faculty members often know the most about inventions, the time required for follow through can be daunting. This is another area in which the institution can be of great support to the scientist, especially new investigators.

“Translating research findings into therapeutics is a complicated business,” said Dr. Finkbeiner. “My thought is that there is something for each of the major players to contribute, and each should do what it does best.” By this, he means that scientists contribute the ideas and initial research. The NIH provides critical funding for this work but it could also provide some of the expertise needed to move discoveries on through the pipeline. Congress could offer improved mechanisms for patent protection. Venture capitalists are an important source of funding and business development expertise. Patient-based foundations have access to and credibility with their memberships, which could provide participants for clinical studies. Philanthropists are often motivated by personal involvement in specific diseases. Their very flexible funding can help in places not covered by NIH funding.

Dr. Finkbeiner sees the Taube-Koret Center as one example of how all of these players work together and believes that it highlights the considerable contributions that academic science can make to the mix. “The Center offers a model of how drug discovery can be conducted effectively in an academic setting.” In many ways, it operates like a biotech company. Therapeutic leads come from NIH-supported research in academic labs, but the Center is physically separate from those labs. In fact, it is housed in a building next door to the main Gladstone labs. Consultants are available to review potential projects from an industry standpoint of what is most promising. Milestones for each candidate drug are established, and those candidates that do not meet their milestones are dropped in favor of those that do. The Center does the research that it can and contracts out for what it cannot.

The Center has some of the solid advantages of academic science. For example, academia generally does a better job of fostering innovation than industry does. The Center enjoys an easy flow of innovation from the academic programs into the translational programs. There are no lengthy contract negotiations to license intellectual property because there is no “wall.” This fluid relationship also helps academics to be more aware of obstacles in drug discovery that could benefit from innovative thinking to reduce the risk of the drug discovery process. Dr. Finkbeiner sees several developments from his own laboratory as examples, including the robotic microscope for high-throughput screening, the human induced pluripotent stem cell models of disease that are suitable for screening, and the burgeoning relationship with the UCSF Memory and Aging Center around biomarkers.

“In industry, it’s sometimes said “fail fast, so you can succeed,” said Dr. Finkbeiner. “It’s important to have a mechanism to avoid pouring resources into dead-end programs. But we need to apply that with some care. The advantage of our structure is that we retain the draconian resource allocation strategy of industry but preserve the potential of a program that might get into trouble.”

Finally, a number of the other entities have a tendency to think only about a single disease even though there might be common threads that might benefit research into multiple diseases. The Center focuses on biology or pathobiology of diseases that might have overlaps. These overlaps might create opportunities for clinical development. They might reduce the risk of drug discovery by not relying on a particular model of neurodegenerative disease.

In summary, the Taube-Koret Center is one solution to a serious problem: how to develop badly needed new therapies for neurodegenerative disease.