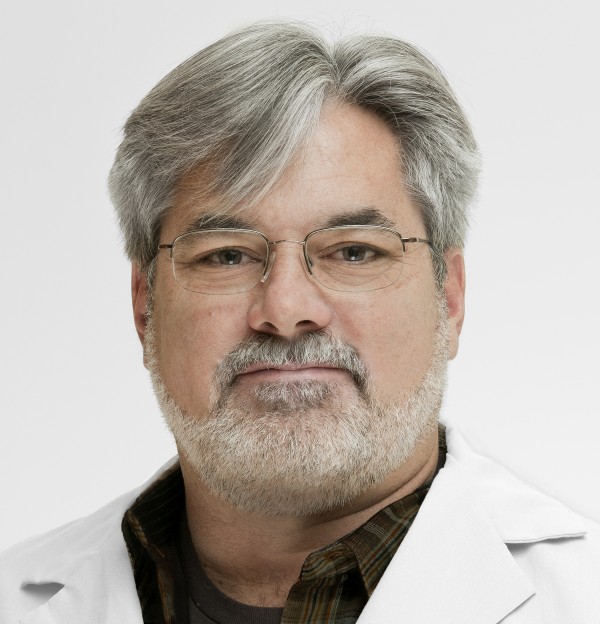 My path into medicine and science was not a straight one, at least not at first. In elementary and high school, I scored well on tests and received special opportunities, but I mostly tried to hide that geek side. It wasn’t cool, and it was definitely not a way to impress girls. In fact, I met the girl who became my wife in 7th grade (so my strategy worked!), and she can’t believe what a different person I actually am compared with the person she knew in high school. Believe it or not, most people thought of me as a jock (three sports: football, basketball, tennis).

Initially, I thought I wanted to be a farmer. My Mom’s side of the family were farmers in North Dakota, and I liked the animals, the guns, the go-karts, and the hard work. However, severe hay fever ended that dream during a summer on the farm in junior high school. In high school, I considered architecture and small particle physics (after a stint at Fermi lab) but eventually settled on medicine (they say it’s the career for smart people who otherwise lack talent).  That was definitely ok with my parents. They were high school graduates, and they believed that bright kids become doctors.

My first real research exposure came as an undergraduate at Wheaton College, and it was a near-death experience. Fortunately, I tried it one more time during my first summer at Yale Medical School with a famous neuroscientist, Chuck Stevens. I found the experience of discovery intoxicating. The whole research process engaged my intellect and creativity in a way and to a greater extent than anything else I had found.

Chuck was an unimaginable mentor. He is the smartest person I have ever met, yet he is humble and incredibly generous. To illustrate, he was nominated to share the Nobel prize with Sakman and Neher because they jointly discovered and developed the patch clamp electrophysiology technique, which made it possible to do single-channel recordings. However, Chuck set such a high standard for co-authorship that he voluntarily kept himself off a critical paper. I can never repay him. However, his model inspires me to try to do for my trainees what he did for me.

I completed my PhD and MD training at Yale and moved on to an internship and residency in neurology at the University of California, San Francisco, and a year as chief neurology resident. I also completed a fellowship in neurology at Harvard Medical School. After a short time as an assistant professor at Harvard, I joined Gladstone and UCSF.

My hope in science is to use whatever talents I have to best effect and to contribute to others. The work here at Gladstone and the TKC has given me the opportunity to do that.