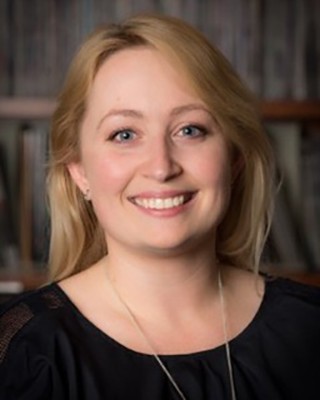 Jeannette Osterloh was a postdoctoral fellow in Steve Finkbeiner’s lab at the Gladstone Institute for Neurological Disease from 2013-2017. She attended California Polytechnic State University for her undergraduate education and the University of Massachusetts Medical School for her graduate studies. Her research focuses on modeling human neurodegenerative diseases in induced pluripotent stem cells (iPSCs). She specifically focuses on amyotrophic lateral sclerosis (ALS) and is “trying to figure out what goes wrong at a cellular level in early stages of the disease, with the goal of identifying therapeutics” (Jeannette). Cultivating these types of cells can be very labor intensive, and Jeannette can be found in our tissue culture room almost every day.

Jeannette’s decision to specialize in neurodegenerative disease was a direct result of experiences she had growing up. Her father had childhood polio before a vaccine was available, and as a result, he developed post-polio syndrome later on in life. Although Jeannette’s father is expected to live a normal lifespan, the syndrome’s symptoms are similar to those of early ALS. Therefore, she pursued a scientific career not only based her interest in helping those close to her, but also based on the core belief that through her research, she could have a lasting and significant impact on the world, leaving it a better place than when she found it.

However, Jeannette’s interests span beyond The Gladstone Institutes. She is a very active member of the Student Outreach Committee, an organization of researchers within the institute who aim to inform and inspire students to pursue higher education. She had wonderful science teachers growing up and recognizes the effect that education can have at a young age. Her enthusiasm is contagious, and she happily spreads her love of science to San Francisco’s youth.

Along with research and educational outreach, Jeannette tries to stay active physically and creatively. She is highly involved in running half marathons and participating in triathlons, and she ran her most recent half marathon inside Disneyland as part of RunDisney. Although she traveled to Los Angeles, Jeanette has also had her passport stamped in Sweden, Finland, and Estonia, and she plans to attend a conference in Spain this coming year.