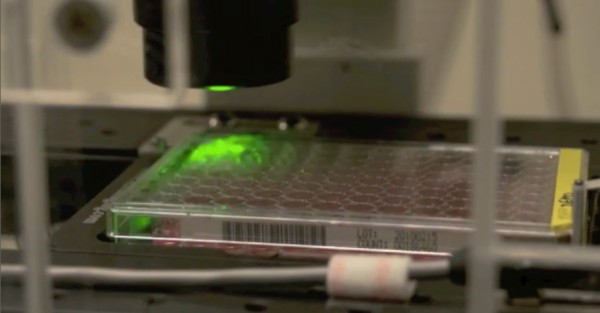 Neurons are the structural and functional blocks that make up the human nervous system. Neurodegenerative disease is a broad terminology that encompasses various conditions resulting in the progressive death of neurons, such as Parkinson’s disease (PD), amyotrophic lateral sclerosis (ALS), Huntington’s disease (HD), and Alzheimer’s disease.

Sadly, no disease-modifying therapies are available for any of these diseases. There are several reasons for this lack of treatments.

Neurodegenerative diseases are complex conditions. Usually a multitude of factors contribute to the onset of these diseases, and without understanding the role of these factors, it is hard to find a cure. Since we cannot simply open a patient’s brain and poke around to see what’s going on, unraveling the cause of these diseases can be extremely challenging. It is why we need to have a model that represents the disease, from which we can make scientific observations to narrow down on the factors that cause the disease.

In our laboratory, one of our major areas of focus is to develop disease models that faithfully recapitulate disease features. With the discovery of induced pluripotent stem cells (iPSCs), we can now generate patient-specific neurons from patient skin cells. Using this technology, we have developed human neuronal disease models for ALS, HD, and PD.

Generating disease models is just one part of the puzzle. The next question is: what do we do with these models? After developing the models, we are looking for differences between diseased neurons and healthy neurons.

To give you an example, here are two nearly identical images (Figure 1): Observe closely, and what do you see? 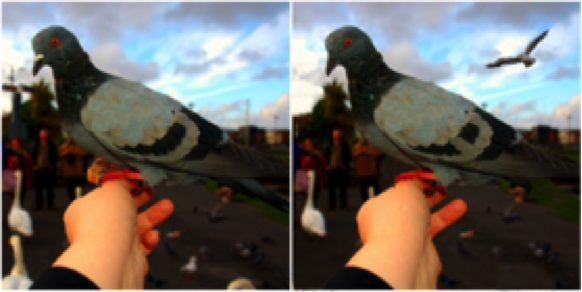 Figure 1. Spot the differences between these two images

At a glance, you can see a flying bird in the image to the right. But if you look carefully, you can also see other small differences (there are at least five more).

This is precisely what we try to in at our lab. Using sophisticated microscopes, we try to spot microscopic differences at the cellular and sub-cellular level in healthy and diseased neurons.  The cellular and sub-cellular features that we observe relate to different phenotypes of the neurons, such as survival, neurite branches, the morphology and transport of different organelles (e.g., mitochondria, Golgi, endosomes, lysosomes), and pathway activation and signalling.

The idea behind this approach is to identify pathogenic mechanisms and to subsequently develop therapeutic strategies to inhibit such mechanisms. It is crucial, from a therapeutic viewpoint, to understand what these cellular features represent. By taking a single snapshot image, we are faced with a conundrum, in which we do not know what the observed phenotypic changes mean. For all we know, the features might be the trigger that causes the disease or just a coping mechanism adopted by the neurons in response to the disease or could even be inconsequential changes that do not mean anything. To solve this problem and to delineate these mechanisms, we developed a robotic microscope with a fully automated imaging platform that is programmed to track the same primary neurons through their complete lifetimes (Figure 2 & 3). 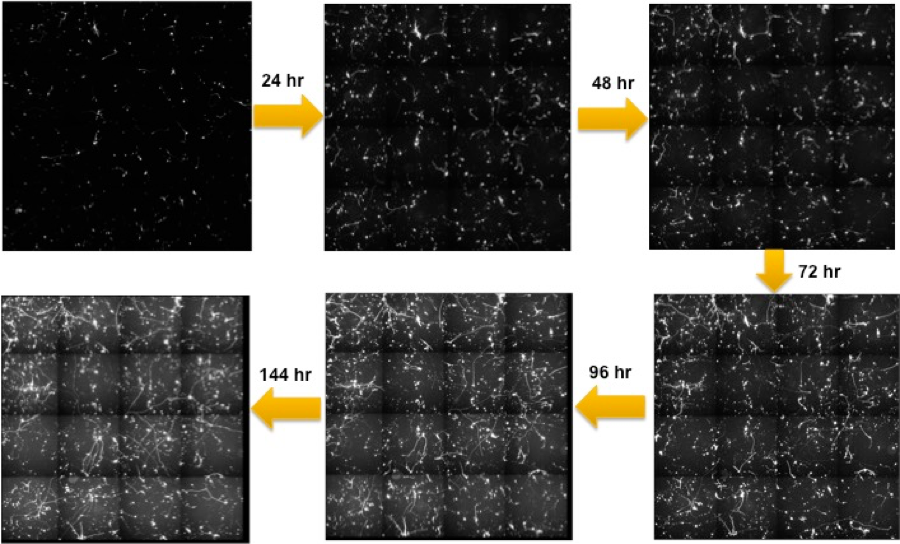 Figure 3. iPSC-derived human neurons imaged and tracked for 5 consecutive days. Our robotic microscopy system can track and image as many as 1 million neurons in less than 10 minutes. Image Courtesy: Abinaya Ravisankar

1. We have many more opportunities to identify differences in diseased and healthy neurons.

2. We can unravel the role of the many different disease phenotypes during neurodegeneration. Since we can follow individual neurons, we can correlate observed cellular phenotypes to the fate of the cell.

The sensitivity and power of this system have enabled us to identify differences in neurons generated from patients with ALS, PD, and HD and neurons from healthy individuals. We are using this powerful technology to carry out high-throughput screens on neuronal disease models to identify genetic modifiers and potential therapeutic drugs. 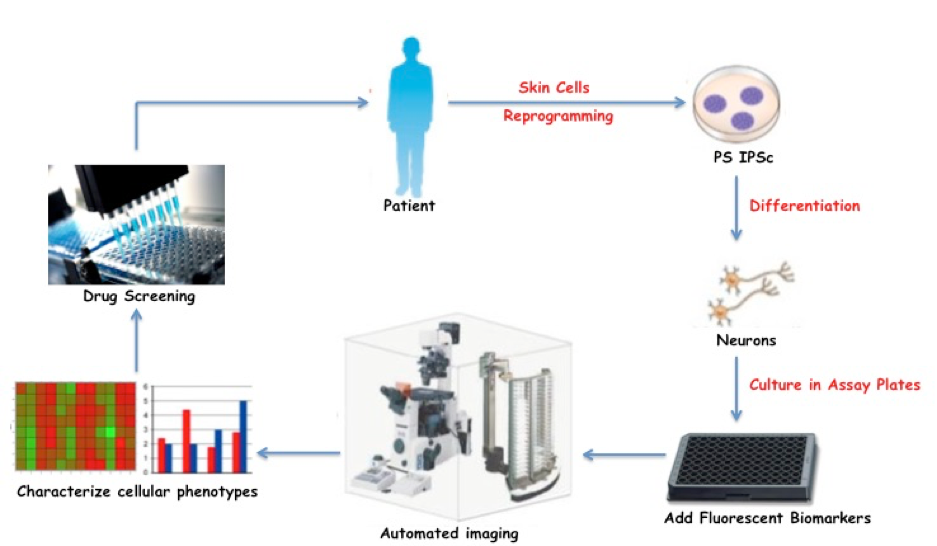