Why do the symptoms of Huntington’s disease occur at different ages in different patients? 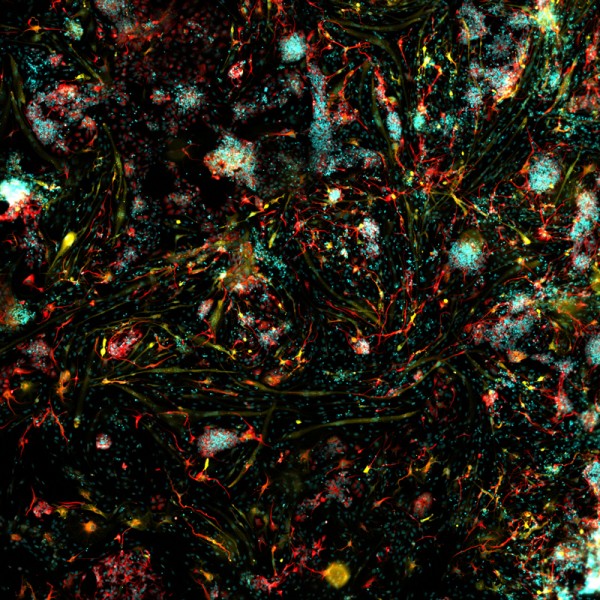 Some of the Taube Koret Center’s (TKC) most dynamic current studies focus on Huntington’s disease (HD). An inherited degenerative disease that causes progressive breakdown of brain cells, HD affects a person’s movement and cognitive and behavioral skills. Symptoms are diverse and range from difficulty talking or swallowing to personality changes and depression to the involuntary jerking movements sometimes known as “Huntington’s chorea.”

HD is an autosomal dominant genetic disorder. In other words, people only need to inherit one copy of the defective Huntington gene in order to develop HD. The gene responsible for HD is characterized by a series of repeated elements—called “CAG repeats”— in the huntingtin gene that instruct the body on how to make the huntingtin protein. The repeats lead to an abnormal protein, which disrupt function and leads to disease onset.

TKC researchers suspect that other genetic components have a role. They call those components genetic modifiers. At TKC, Dr. Julia Kaye uses cutting-edge techniques, such as whole-genome sequencing and induced pluripotent stem cells (iPSCs) to explore the role of genetic modifiers in HD. In particular, Dr. Kaye looks at age of onset—the age when significant symptoms begin—as one example of how HD manifests differently within families.

Although there is a striking correlation between the number of CAG repeats and age of onset in HD, that number does not always predict when a person develops symptoms or what those symptoms might be. TKC scientists believe that, if they can uncover the genetic modifiers associated with later onset or with less severe symptoms, they might better understand essential and previously unknown aspects of HD at the cellular level.

With whole-genome sequencing, Dr. Kaye and her team examine the entire genome. Even non-coding regions—areas of the genome that do not contain an actual gene—can still dramatically change how genes function, making their effects much greater or much less. Whole-genome sequencing lets them explore these often-ignored non-coding regions, which are excellent places to search for unidentified and little-understood genetic modifiers.

The technique also lets them resolve unclear readings. Dr. Kaye and her team differentiate between errors and points of real difference because they can use family member DNA as comparison. Similarly, because relatives share some genes, if two siblings with HD have very different ages of onset or disease manifestation, it’s much easier to look for a genetic variations that drive that difference than it would be between two unrelated people.

Once they identify possible genetic modifiers, Dr. Kaye and her team use iPSCs—skin cells from a study participant that are reprogrammed into stem cells and then caused to develop into the cells most affected by a given disease. In this way, they create neurons that they can manipulate to observe the actions of the genetic modifiers. They focus mostly on striatal neurons, the cell type most commonly affected in HD.

Using whole-genome sequencing, Dr. Kaye and her team found some potential genetic modifiers. They use special DNA tools to create a line of iPSC neurons that “overexpress” or make a lot of those modifiers.

Because these striatal neurons are from individuals actually suffering from HD, Dr. Kaye and her team can look at the suspected genetic modifiers in action and compare them to the actions of healthy cells.  They look for variations in anatomy and something called “mitochondrial movement,” which involves observing the shape and size of mitochondria within the cell. Most significantly, they’re watching to see if the cells survive longer or remain healthier with more than normal levels of a specific genetic modifier. This type of experiment is called “phenotype rescue.”

The ultimate goal of this research is to identify genetic modifiers that lead to later onset or less severe symptoms. Understanding these modifiers can help the team identify which cellular pathways are the most important in disease progression. They hope that that knowledge will provide them with a solid and promising jumping off point for HD therapies down the road.