The Other Dementia: Frontotemporal Dementia 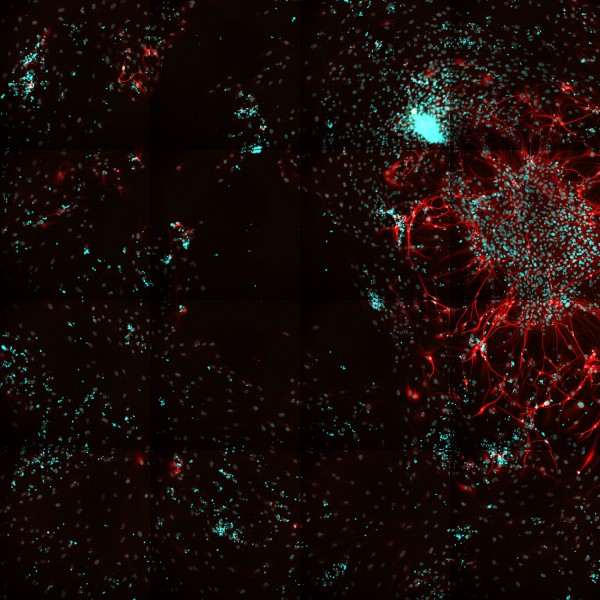 Although not as well-known as Alzheimer’s disease, frontotemporal dementia (FTD) is a serious health problem. It is the second most common cause of dementia after Alzheimer’s disease and the most common cause in those under age 65. It involves the loss of neurons in the frontal (behind the forehead) and temporal (over the ears) lobes of the brain. FTD is hard to diagnose, but it generally involves problems with changes in social behavior and conduct, loss of understanding of words, and difficulty in speaking. Unlike Alzheimer’s disease, FTD does not affect memory.

The cause of FTD is unknown, but several proteins have been implicated, including the microtubular protein tau, progranulin, TDP43, and fused in sarcoma (FUS). Interestingly, some of these proteins are also involved in other neurodegenerative diseases. For example, one copy of the gene for progranulin results in FTD, and certain mutations in the progranulin gene are risk factors for developing Alzheimer’s disease. Also TDP-43 is related to amyotrophic lateral sclerosis (ALS). The Finkbeiner lab is looking at both.

For this reason, the Finkbeiner lab recently completed an unbiased genome-wide screen to look for proteins that regulate progranulin levels. As a starting point, they looked at genes for proteins that add or remove phosphate groups from proteins. Phosphorylation is a common modification to proteins and enzymes to regulate their activity. So the Finkbeiner team began by looking at genes for kinases, the enzymes that remove the phosphate group.

They found a number of candidates that are being further characterized. However, one—serine/threonine protein kinase 1, or Ripk1 for short—increased the levels of progranulin inside and outside of the cells. The real bonus was that Ripk1 worked in mouse models of both Alzheimer’s disease and frontotemporal dementia. Interestingly, the effect did not depend on the removal of the phosphate groups from progranulin, which implies that the effect comes about through a nonenzymatic mechanism. The team continues to examine the other candidate genes identified by the screen for other possible proteins that might regulate progranulin.

The hits from the screen are exciting because they offer a potential series of routes to manipulate GRN levels genetically and pharmacologically. In a larger context, they emphasize the concept that progranulin levels are regulated by autophagy and that progranulin might regulate lysosomal structure and function. Lysozomes might have a larger role in neurodegenerative disease than previously thought. These cell organelles have long been considered the cellular garbage disposal, but they peptide and lipid fragments they produce and release might be involved in cellular signaling. But more on that later.

Normally, TDP-43 is located mostly in the cell’s nucleus where it has several key functions. But, in FTD patients, it moves to the cytoplasm, and as happens in many neurodegenerative diseases, it forms insoluble TDP-43 aggregates throughout the cell.

To figure out what is going on with TDP-43 in FTD, the Finkbeiner lab used genetic engineering to add a fluorescent marker to both normal and mutant TDP-43 in rats. They then examined neurons with each of the labeled proteins with their robotic microscope.

They found that the normal TDP-43 stayed in the nucleus, but that the mutant form was throughout the cell and was toxic. The mutant also formed aggregates. However, those aggregates were harmless to the cell. The amount of TDP-43 in the cytoplasm, whether normal or mutant, was a predictor of cell death.

Their experimental system used primary neurons. These neurons are taken directly from an animal to a culture dish and provide the best cells for experiments because they retain many of the features of cells in the intact brain. In fact, Dr. Finkbeiner's system showed many "normal" features of TDP-43 in neurons. For example, wildtype TDP-43 was found in the nucleus in healthy neurons. Mutant TDP-43 was also found in the nucleus, but there was more of the protein in the cytoplasm. When they blocked the movement of the protein from the nucleus to the cytoplasm, its toxicity was greatly reduced.

These two cases are another demonstration of the common threads among neurodegenerative diseases. Understanding how a mechanism works in one disease process may shed light on other diseases. This “common threads” approach is one that the Taube-Koret Center has leveraged in its work.